Bill Mitchell is in the construction business and his company also manages and owns a few shopping centers and retail spaces where ice vending provides additional revenue streams. 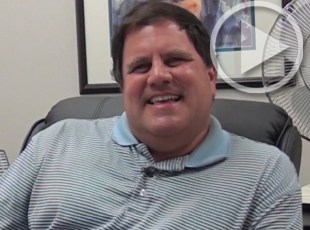 “My name’s Bill Mitchell. I’m in the construction business in Bay Minette, Alabama. We’ve been in this business about 55 years.

We own four or five retail centers around the county. I noticed people around the county… There was a couple of machines around that I noticed quite a bit of activity going around it. We’d looked at Twice the Ice and then toured the Kooler Ice plant, and after touring the Kooler Ice plant and talking with the employees and owners, and Carrie showing us around the plant and seeing how they were done, that was no question what machine we wanted. We decided to give it a shot at our site in Gulf Shores, Alabama.

I put my first machine in Gulf Shores in May of 2014. It immediately began picking up steam. It would sell out of ice every day, and it had two heads, two ice machines on it. So starting the end of 2014, I thought I’d order another one with three heads on it and had it delivered in May to the same site in Gulf Shores. I moved the existing machine there to a site that we have in Daphne, Alabama. The three head machine I put in the Gulf Shores, it’s been really good. Everything that Kooler Ice said the machine would do, it’s done that and more. They’ve answered any questions I’ve had. They’re a really good company.

Mostly, it’s been word of mouth. And I think the location that this machine is in speaks for itself, ease of access, but pretty much word of mouth. I’ve noticed about a 35% increase in the second year from the first year by word of mouth and people seeing the machine and then spreading the word.

I really liked the ease of putting bags in, getting money out of the machine. The construction of the machine is exceptional. I really like the IceTalk on your phone. You can see almost anything you need to see about the machine as far as maintenance, bags sold, bags left, machine, the status.

To me, obviously, it’s about location and ease of access with boats. Just ease of access would be my thing. The Kooler ice machine has proven to be an exceptionally well-built machine. It’s done everything that they said it would do and more.”