From a part-time job in high school to the Southeastern Car Wash Association President, Marcus Kittrell has been heavily involved in the car wash business for most of his life. 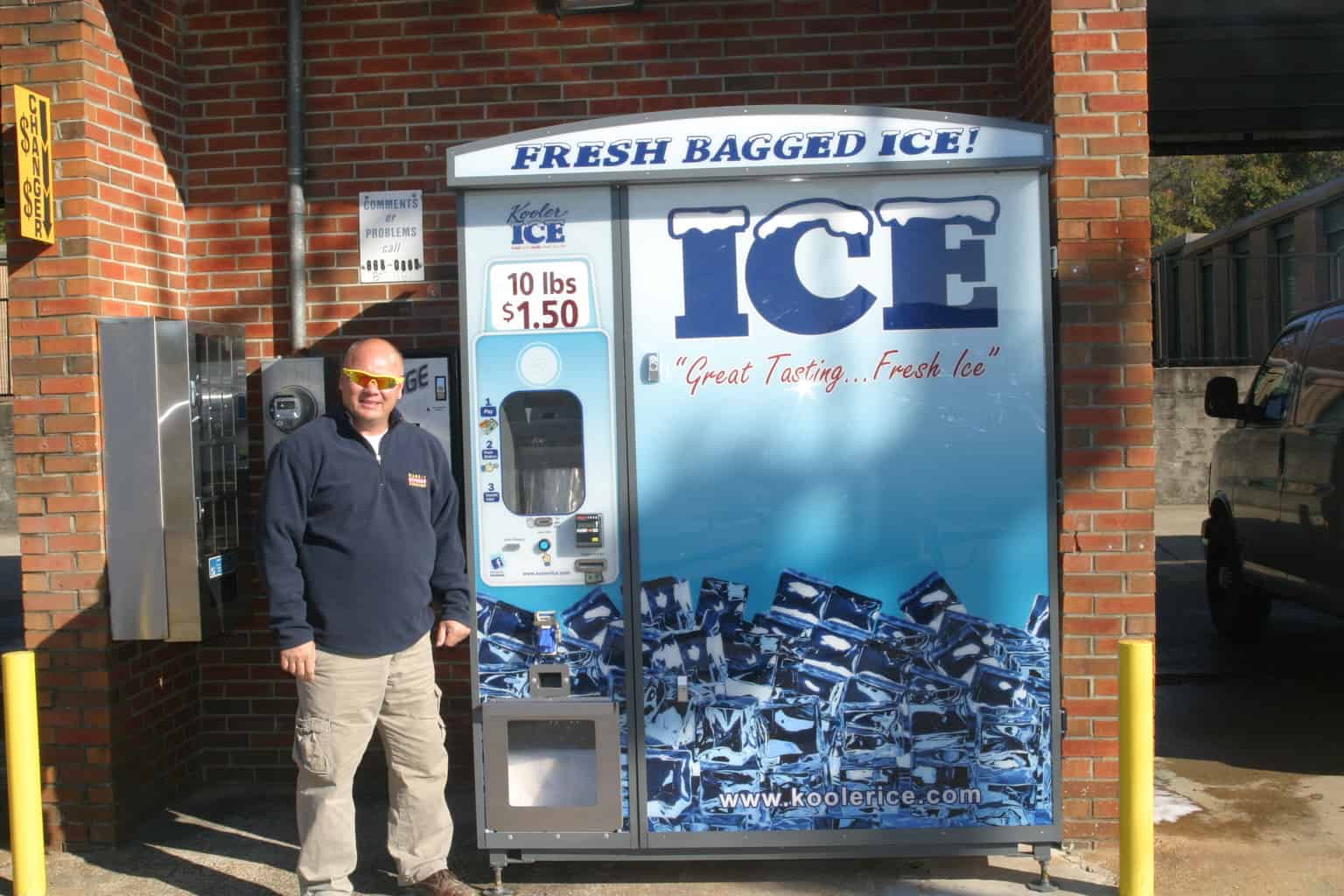 Our first experience with ice vending altogether was we had bought a location that already had a Kooler Ice Machine there. The previous owner had purchased it, I want to say about two years earlier, and they were ready to get out of the car wash business. So, we decided to buy their wash and we kind of inherited the ice machine. So, that’s how we got started in the ice business.

When we bought the location, we had the ice machine already there and it was really doing well. It was actually doing more than the car wash was at the time. And so, we had another location that was located about a mile and a half away. We said this would probably be another really good site for an ice vending machine. And so, like everybody else, we had looked at other competitors as far as ice machines go, but now we were able to have our own experience with Kooler Ice because we inherited the machine. And so, we got in touch with our distributor, Steve Statkewitz, and we looked at the demographics for a machine. It would literally be about a mile and a half down the street. Once we looked at it we said the traffic patterns are different, the school systems are different, and so we decided to go ahead and put another machine in about a mile and a half away. We had just purchased the car wash in November that’s in another city, it’s adjacent to the city that we’re in now, and so we’re going definitely add a new ice machine.

Our marketing has been a lot of word of mouth just like everybody else. But we have an attendant at our car wash location. It’s a little self-serve car wash. We have a full-time attendant there that literally talks to every customer.

He is a very talkative man and he loves the ice machine and that’s one of his favorite things that he promotes. Once people use it, they get confidence in the machine and they just keep coming back.

I like the looks of the machine. I think it’s very brandable. I think it really sells itself. I think it’s really cool to have a vending machine that actually vends the ice, to be honest with you. I think it’s just a neat machine. I like the way it markets itself. Everything is self-contained. It’s very easy to hook it up. They deliver them and had them hooked up literally in just a few hours. But it just works and people put their money in and have confidence they’re going to get their bag of ice.

We talk to owners, maybe talk to some owners about the ice machine, guys that, you know, if you see them reordering another machine, we looked on Kooler Ice’s website and we’ve noticed that they do have a lot of guys that seemed to reorder from them. That’s always the success of a business when you see that. Well, go by and use the machines. Go by and check on them, put your money in, buy some ice. We actually have a competitor of ours, it’s in a city next to us, that had contacted me about our ice machine and we sent him our numbers. He’s a good friend of mine, so I sent him our numbers and showed him the ice machine, and literally, I think a month later he had one on his lot. But we love our machine.”